San Diego Theft Lawyers You Can Rely on 100%

Have you or someone you know been accused of a theft crime? Your natural response is to panic. But with a competent San Diego theft crime lawyer, you can relax and leave the battle to the professionals.

Your case’ outcome heavily relies on understanding the theft crime, stages of the case, and your rights. Read on to discover more:

A theft crime is taking another person’s property with the intent to deprive them of their ownership permanently. According to the law, different theft crimes have different levels and charges. A theft crime can either be a misdemeanor or felony, depending on the circumstances.

The level of punishment depends on how severe the specific charges are. For instance, taking a low-value item from a shop will bring lesser penalties than taking another person’s vehicle. When the accused use force or weapons while committing the theft crime, the penalties will become more severe.

If you or your loved one faces a theft accusation, it’s crucial to understand the possible penalties and develop solid defense strategies. Let our competent lawyers hold your hand through all these processes and defend you.

What is the Definition of Property According to Law?

Property is anything that a person owns. It may be movable or immovable items, documents, and information that a person or business owns rightfully. Here are a few examples of property that someone can take away unlawfully:

What are Common Theft Crimes and their Penalties in San Diego, California?

Californian theft-related statutes cover several different types of offenses. Read on to discover some of these criminal misconducts:

Under California Penal Code 484 and 488, petty theft involves taking items, labor, or money valued at $950 or less. It includes:

Petty theft is a misdemeanor that is punishable by a county jail term of 6 months and a fine of up to $1,000. If the stolen items’ value is $50 or less, and you have no prior theft convictions, our theft crime lawyers can negotiate with the court to drop the charges to an infraction. For this infraction, the fine will not exceed $250.

Shoplifting charges are now covered in a new California Penal Code section. Under Penal Code 459.5, shoplifting is a misdemeanor crime that involves stealing a store’s merchandise worth $950 or less. But if you enter the store after business hours intending to commit theft, the crime becomes commercial burglary.

A first offense shoplifting is punishable by a maximum of six months in a county jail and a fine of up to $1,000. You may also get up to three years’ probation.

If a teen is convicted of being a shoplifter, the same penalties and punishments will apply. One of the long-term repercussions is the inability to attend college, especially if the teen has a negative criminal record.

The California Penal Code 487 affirms that grand theft involves taking items, labor, or money worth more than $950. Grand theft may be charged as a felony or misdemeanor depending on the circumstances surrounding it. Thus, it’s considered a “wobbler” offense.

The punishments for this crime are:

Has the court charged you with a felony grand theft? It doesn’t necessarily mean a conviction. Stay calm and contact our theft crime lawyers. We may negotiate lesser charges and penalties on your behalf.

4. Grand Theft of a Firearm

Under California Penal Code 487(d)(2), theft of a firearm can attract charges. Often, it’s charged as a felony. The punishment includes imprisonment in a California state prison for 16 months to three years.

If you take a vehicle valued above $950 without the owner’s consent, you could face charges under California Penal Code 487(d)(1).

While this crime is a wobbler, it’s often charged as a felony. A conviction attracts exact charges like those for grand theft.

According to California Penal Code 459, burglary involves entering a commercial premise or building with the intent of stealing property.

Do you know that receiving stolen property can attract serious consequences? The California Penal Code 496 affirms that concealing, buying, or selling a stolen property (knowingly) constitute a theft crime. The crime can be charged as a misdemeanor or felony.

It’s a misdemeanor if the stolen property’s value doesn’t exceed $950. Punishment includes a maximum of one year in county jail.

Is the property’s value more than $950? Then the theft crime is considered a wobbler.  If charged as a felony, you could spend between 16 months to three years in prison.

California Penal Code 211 states that robbery is taking a person’s personal property using force or fear. It’s one of those crimes that fall under the state’s “Three-Strikes” law and is usually charged as a felony because of the risk of violence to innocent individuals.

When the robbery involves weapons or leads to injury to another person, the prison term may be extended.

Who Should I Call First When Accused of a Theft Crime?

When accused of theft, most people panic and call the police before speaking to a lawyer. They think that doing so will give them a chance to prove their innocence.

But that’s a grave mistake. The arresting police officers are not your friends.

Therefore, avoid falling for that police officer’s invitation for a “friendly chat.” It may be bait to lure you into incriminating yourself.

Your best bet is to call us. We will be your trustworthy friends throughout the process.

What are the Stages of Theft Cases?

Have you been charged with or accused of stealing? Let Superior Law Center lawyers help you lessen the stress of going through all the stages of your case:

The prosecutor will work tirelessly to build a theft case against you. Let our attorneys step in to carry out an independent investigation. This investigation will aim at:

Our lawyers can use several defenses to defend your case. They’ll evaluate and develop these strategies based on their thorough investigations:

After developing a water-tight defense strategy, our lawyers will discuss your theft case with the prosecutor at your first court appearance. The prosecution will share with the lawyers the police investigations and offer plea bargaining.

Often, the prosecutor will offer you a reduced sentencing on the contingency that you plead guilty before the trial. Sounds appealing, right?

The truth is that these offers may not be great. It would be best to have a competent lawyer go through the “fine prints” before deciding the next step.

You should be aware that the prosecutor doesn’t really care about you. They may offer an “enticing deal” if they sense that their evidences may fail to hold water.

Once you plead guilty, overturning the deal is almost impossible. So be careful.

Our theft crime lawyers are among the most experienced and aggressive San Diego attorneys. We will work tirelessly to boost your chances of escaping a jail or prison term plus substantial fines. You also don’t want a misdemeanor or felony charge to tarnish your hard-earned reputation.

Our payment plans are among the most affordable in the industry. So you don’t have to contend with additional stress.

More importantly, we boast a stellar record of success in San Diego. We know what works and what doesn’t.

Many innocent people end up in jail or prison due to a lack of a competent lawyer. The result is lost time, tarnished reputation, financial setbacks, depression, and other disappointments.

Don’t let that happen to you. Our attorneys will employ the best defense strategies possible to rescue your innocence, reputation, and future.

We will protect all your rights immediately. Our attorneys will not leave any stone unturned until we secure your freedom and the best possible outcomes. Often, we can stop the law enforcement officer’s investigation before the trial begins.

While no two theft cases can ever be the same, our success record in San Diego courts will boost your chances of winning that case. Our experience spans a vast range of theft crimes. We know how to handle every theft crime- from petty theft to shoplifting, robbery to grand theft.

Are you facing a theft felony charge in San Diego, California? Don’t wait. Get in touch immediately at (619) 743-9130 and grab our FREE, confidential consultation with our professional theft crime lawyers. 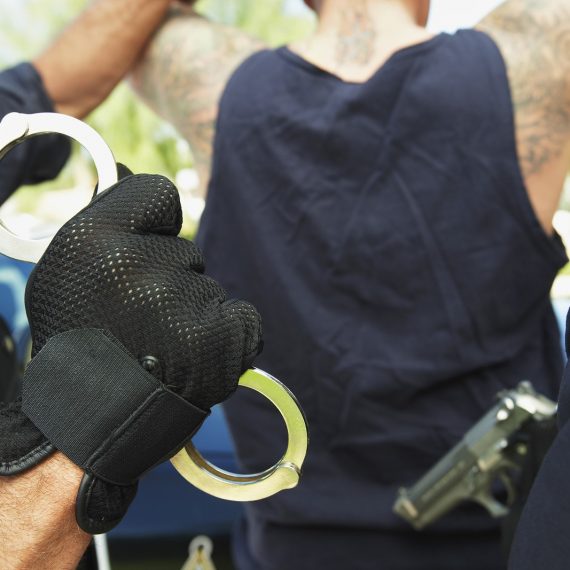 1. What Can I Expect From A Theft Case?

After a theft case is reported, the law enforcers will investigate the matter. They’ll then arrest a suspect and prosecute them in court, where they’ll be formally charged with the crime. Pretrial hearings will follow. The prosecutor will then offer the defense lawyer a plea deal. If necessary, there will be a trial, and if the defendant loses the case, they may appeal the case.

2. When Can A Theft Case be Dismissed in San Diego?

Several reasons can lead to the dismissal of a theft case in San Diego.  Some of them include:

3. How Can Prior Convictions Affect My San Diego Theft Case?

A past misdemeanor or felony can make it challenging to secure a job, get a loan, or find a residence place. Furthermore, they can work against you in theft, DUI, DWI, and domestic violence cases.

Prior convictions can also affect you negatively in civil litigation cases. The prosecution may use these convictions to cast doubts on your character and honesty.