The first step you should take when facing a felony charge is to arm yourself with the right felony defense attorney.

There is a lot at play as far as finding the right attorney to protect your rights when you are arrested or charged with a felony charge in San Diego goes.

Are you or someone you care about is facing jail time of a year or longer for a felony? If so, the consequences of bad representation often overshadow the consequences of the actual accusation. With the complex criminal justice system in San Diego, CA, it is common for people accused of a felony to have their rights trumped and forced to plea-bargain or handed the maximum sentences.

According to the California Legislative Analyst’s Office, about 80 percent of felony cases in the state are resolved by the offender pleading guilty even before the case goes to trial Only 2 percent of felony cases ever go to trial. The reasons for such high prosecution rates often revolve around the defendants lacking proper representation.

The first step you should take when facing a felony charge is to arm yourself with the right felony defense attorney.

In many felony cases, the difference between walking free and getting the maximum jail term is the passion and enthusiasm of the defender’s attorney. Aggressive defense attorneys at Superior Law Center, for instance, have had over 2,000 victories in such cases over two decades for their willingness to do everything it takes to get their clients the best possible outcome.

When faced with a felony charge, you cannot go wrong choosing representation from a firm with such an impressive record. However, whether your situation seems bleak or a win is imminent, you need to learn the most critical points about felony charges in California and what the proper defense can do for you.

Overview of Felony in California

In California, a felony is a crime that carries a maximum sentence of a year, or longer, in custody and or up to $10,000 in fines. Some severe felony cases have a sentence of death or life in prison without the possibility of parole.

A felony charge is different from a misdemeanor, which carries a punishment of up to a year in jail.

There are two types of felonies in California you should know about. A ‘straight’ and a ‘wobbler’ felony charge.

A wobbler felony refers to crimes that can be charged or sentenced as a felony or a misdemeanor. Many crimes qualify as wobbler felonies in California. Examples of wobbler felony charges include domestic violence, theft, fraud, sexual-related crimes, and second-degree burglary.

The severity of the felony charge you face, and the specifics of the case, will determine whether the prosecutor will charge you for a straight or wobbler felony. Of course, your criminal history will also factor in the decision.

A wobbler felony charge carries a sentence of up to three years in jail. When reduced to a misdemeanor, the punishment will be up to a year in county jail. 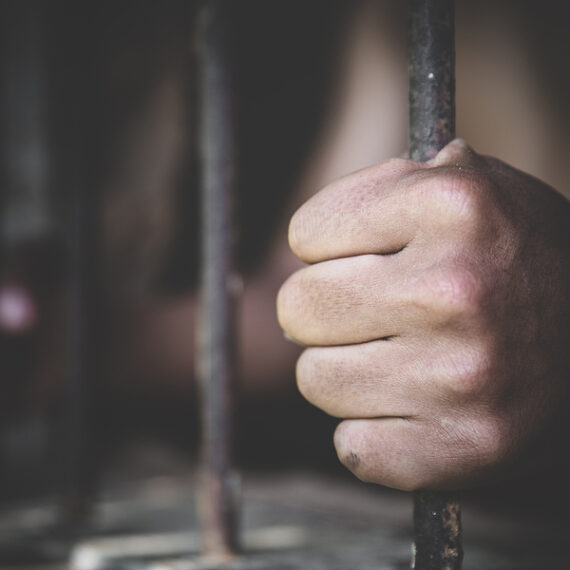 How Felony Cases are Resolved in California

Once you are charged with a felony case in California, it is crucial to understand that the case can end in one of four ways:

An arrest is often traumatizing, costly, and inconvenient. However, a criminal conviction is even worse; it will ruin the rest of your life. Every defendant’s objective is to have their felony case dismissed. A proficient attorney can help the defendant have their case dismissed by the prosecutor or the judge.

A felony case can be dismissed in California on the grounds of:

Should the defense and prosecution fail to agree on the charges and sentence of the charge, the judge may indicate the sentence they would hand the defendant. The defendant can then either plead guilty to the charge or choose the alternate sentence indicated by the judge.

Types of Sentences for Felony Sentences in California

Many criminal defendants in San Diego cannot afford to hire a criminal defense attorney. For the defendants that meet the criteria, the court may appoint a public defender or a counsel on a government salary, known as ‘a panel attorney’ to represent them.

For most defendants, the potential jail term a felony charge carries puts the severity of the case into perspective. In some cases, such as DUI, the defendant may need a DUI Attorneyto argue for a lesser sentence.

Felony sentences in California are categorized into three:

As the name implies, a determinate sentence is a definite jail term or fine determined by the court. For instance, a defendant may receive a fixed jail term and can only be released on serving the term. Defendants with a prior or current conviction for various severe felonies, including violent, sex, and other serious offenses, may receive determinate sentences in state prison.

Defendants without prior convictions are generally handed ‘split sentences.’ This means they may serve a part of their sentence in jail and the remainder out in the community under probation.

An indeterminate sentence is essentially a jail term sentence with a minimum term but no specific maximum term. For instance, a defendant may be handed a 25-years-to-life term. This means they must serve the minimum term, but it can be increased based on the factors of the case and their behavior in prison.

Many factors determine the minimum jail term in an indeterminate sentence in California. These factors are often laid bare during sentencing.

An offender handed an indeterminate sentence may appear before the Board of Parole for hearings after serving the minimum sentence to be considered for release.

3. Death and Life in Prison Without the Possibility of Parole

The heaviest sentence in a felony charge is death. Defenders found guilty of the most severe crimes as specified in the statute may be ‘put to death‘ or ‘put away for life.’ Defendants handed either of these sentences will not be released unless they successfully appeal their sentences and or conviction.

How Can a Superior Law Center Defense Attorney Help You?

It is a great challenge to navigate the complex criminal justice system in San Diego, California. Without legal representation, you can easily end up behind bars for over a year when you can avoid it.

Despite having represented thousands of clients, Superior Law Center in San Diego never approaches a case as routine – no matter how frivolous it seems. We take the time to understand the specifics of each case, listen to your story, and educate you about your options during the initial consultation.

When you choose Superior Law Center to represent you, we will take the time to lay out all the potential implications of the case on your life, profession, family, and social standing. Before we accept any case, we will weigh its specifics, situations, and investigate to help you set the right expectations based on evidence.

The attorneys at the Superior Law Center go for the best possible outcome for any felony case without going to trial. Oftentimes, we will try to stop the case even before it starts. As soon as you reach out to us, our experienced lawyers will try to protect your innocence and your future using proven legal strategies. We have helped many clients safeguard their future by stopping police investigations even before they are charged with a crime.

However, should the case go to trial, Superior Law Center will not shy from a fight with the prosecution and will bring in the knowledge of the law, legal skills, and experience in the courtroom to help you get the most favorable outcome

Superior Law Center understands the difficulty a person accused of a felony goes through. Therefore, we offer legal advice and services with little or no money down. We also have affordable payment plans to help you out in times of difficulty.

When you need the best representation for a felony charge in San Diego, you will fare better with the experience that Superior Law Center offers.

What Step Should You Take Now?

You are already seeking information about the felony charge in the right place, it is justifiable to say you are on the right track. Take the next step now and Contact Superior Law Center for a free consultation and get the best felony representation in San Diego.