Choosing the best San Diego DUI Lawyer to Handle Your DUI Charge is TOO Important of a Decision to Hire Just Anyone. Our goal is to help you keep your driving privileges & protect your future.

A DUI is a serious offense that carries heavy consequences. If you’ve been charged with drunk driving in San Diego, it’s important to remember that you only have ten days from the date of your arrest to schedule your DMV hearing. An experienced DUI attorney San Diego can help you protect your rights, limit your consequences, and in some instances get the case dismissed altogether.

It’s against the law to operate a motor vehicle in California if your blood alcohol concentration (BAC) is 0.08% or higher. You could still be charged with driving under the influence (DUI), even with a BAC that’s lower than 0.08%, if you appear to be intoxicated or fail a field sobriety test. Other aspects of a DUI include DUI marijuana and DUI drugs.

Even with your first offense, you’re facing possible jail time, substantial fines, and the loss of your license. It’s in your best interest to hire a DUI attorney in San Diego with extensive experience in aggressive client representation. Superior Law Center offers over 15 years of successfully defending DUI clients.

The state of California will try your case according to the vehicle code or codes in which it’s designated. The prosecution must prove specific criteria within each, and if convicted, you could face the maximum penalties according to the offense.

"Mr. Friis was amazing! So glad I chose them over other law centers for my DUI case. His whole office crew was great! They made me feel like a person instead of just a client, which was very nice considering I was in a bad place when I called. They were able to walk my through the whole process of the court system and made it easy to understand. I would recommend them!"

10 Days to Schedule Your DMV Hearing

If your BAC is 0.08% or above when stopped by an officer, your license may be suspended, and issued in its place, is a 30-day temporary license. The 30 days are intended to give you ample time to present your case at a DMV administrative hearing.

Rather than determining your guilt or innocence, which will be determined during a criminal trial, the DMV hearing decides on five specific points in regard to the suspension of your license:

You have ten days, including weekends and holidays, to schedule the DMV administrative hearing. If you fail to contact the DMV within ten days, your license will be automatically suspended pending the outcome of your trial.

Because the administrative hearing and criminal trial address separate issues, you may be granted your license through the DMV hearing but ultimately have it suspended as a result of a guilty verdict in your criminal case. Conversely, the judge at the DMV administrative hearing may decide to suspend your license, but if you win your criminal case, you can apply for its reinstatement. 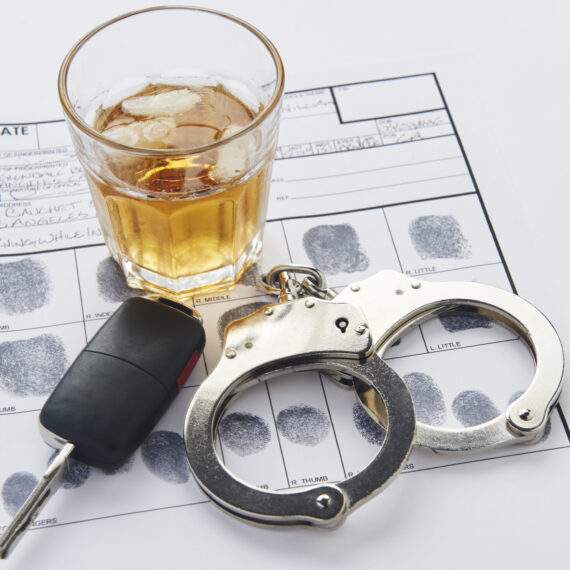 Your first DUI offense in San Diego means that you can be charged with two separate vehicle code (VC) violations:  VC 23152(a) and VC 23152(b). These misdemeanor offenses are outlined as follows:

As previously stated, you can still be charged even if your BAC is below the legal limit.

Typical penalties for a first offense DUI in San Diego include:

You may face additional penalties if convicted of aggravating factors, such as high speed, a child in the vehicle, high BAC level, or involvement in an accident. An expert DUI attorney San Diego is available to discuss the circumstances surrounding your first offense. Contact Superior Law Center for a free confidential evaluation.

While the same criteria apply to your second DUI offense within a ten-year period as it does with the first offense, the courts take a much harder stance the second time around. That being said, the judge does have some flexibility with imposing your sentence.

A knowledgeable defense attorney who presents a compelling argument before the court can have a significant impact on the outcome of the penalty phase.

The prosecution may offer a plea bargain in an attempt to leverage a guilty plea from you, but for a lesser crime and at a reduced sentence. Although you may be tempted to accept the terms of the plea agreement, an experienced attorney who is familiar with your case will recommend the best strategy for your situation.

Often, plea bargains are presented because the prosecution lacks the solid evidence needed to win at trial. You want the type of aggressive second DUI defense that Superior Law Center offers.

THIRD DUI WITHIN A 10-YEAR PERIOD

If you are charged with a third DUI within a ten-year period, you are facing enhanced penalties according to the severity of the circumstances.

As with the first and second DUIs, the judge has some latitude with imposing your sentence. California’s VC 23546outlines the minimum penalties for violation of Section 23152 as follows:

An experienced, aggressive, and competitively priced San Diego DUI lawyer from Superior Law Center who has won thousands of DUI cases is your best defense when you’re facing a third DUI charge.

There are two California laws that specifically address underage driving under the influence:

A violation of either law may result in a one-year license suspension. Regardless of whether the driver was impaired, an underage driver who registers with the BAC levels outlined in the above codes is considered in violation of the law.

In addition to violating the underage vehicle codes, an underage driver may be charged according to adult DUI laws.

The penalties increase according to the severity of the charge, such as in the event of an injury accident while under the influence.

An experienced underage DUI lawyer in San Diego can assist you with understanding how California’s vehicle codes apply to your specific case.

If you are facing any type of DUI charge, you want to contact an attorney as soon as possible. The knowledgeable and experienced San Diego DUI attorney at Superior Law Center is available for a free initial consultation to discuss your unique circumstances. We go to work to aggressively seek the best possible outcome for each of our clients.